the largest and original Clare Bowen fansite
Welcome to Clare Bowen Web the largest and original fansite dedicated to the multi-talented Clare Bowen. Clare is most recognized for her role as Scarlett O'Connor on CMT's Nashville. The aim of this fansite is to be informative, respectful, and elegant in its presentation of Clare for her fans. Take a second and browse our content and visit our large photo gallery with over 40,000 pictures of the beautiful and talented Clare Bowen. In honor of Clare's debut album and first solo tour the fansite features a scrapbook-esque theme. I am so proud of Clare and so excited to see what the future brings for her (and Brandon, and Tim!). - J
No comments
Article, News, Timothy James Bowen

‘We were both given two weeks to live’: Nashville star Clare Bowen speaks about her battle with cancer and how her brother Timothy has overcome stage 4 lymphoma

She was given two weeks to live after cancer attacked her body when she was just four years old. But now Australian-born Nashville star Clare Bowen is healthier than ever, and is set to tour Australia with her theatre show in July. Speaking with New Idea, the 33-year-old revealed her brother Timothy, who recently went into remission from his battle with stage 4 lymphoma, would be joining her on the road.

Clare urged her brother to go to the doctor after a horrifying dream, and later it was discovered he would also be given two weeks to live.
‘I was given two weeks to live when I was diagnosed and so was my brother- can you believe that?’ told the magazine. Clare made a full recovery from her cancer of the kidneys by age seven. Clare described her bout of treatment as ‘all experimental’ as opposed to Tim’s which was ‘like laser beams.’

The Scarlett O’Connor actress spoke of her connection with her brother, likening it to the bond between twins. She said she plans to perform some songs written by him throughout her tour, along with some Nashville classics and some tunes her and her fiance, Brandon Robert Young, have written together. ‘We just want to see perfect strangers in the audience with their arms around each other as we share stories from our lives,’ she explained.

Clare and Brandon placed their nuptials on hold after Tim’s diagnosis, but are set to be married on October 21. They also previously revealed they would be holding two weddings, one in Australian and one in the US. ‘We put everything on hold as we couldn’t imagine having a wedding without him (Tim) being able to be there,’ Clare told The Daily Telegraph.
– Source 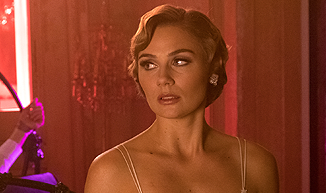 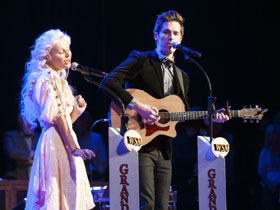