the largest and original Clare Bowen fansite
Welcome to Clare Bowen Web the largest and original fansite dedicated to the multi-talented Clare Bowen. Clare is most recognized for her role as Scarlett O'Connor on CMT's Nashville. The aim of this fansite is to be informative, respectful, and elegant in its presentation of Clare for her fans. Take a second and browse our content and visit our large photo gallery with over 40,000 pictures of the beautiful and talented Clare Bowen. In honor of Clare's debut album and first solo tour the fansite features a scrapbook-esque theme. I am so proud of Clare and so excited to see what the future brings for her (and Brandon, and Tim!). - J
No comments
Article, News

WHEN Clare Bowen performs at the Civic Theatre next Monday she’ll be perched at the side of the stage soaking up every moment of her support act.

Not because the Australian-born Nashville actress is famously friendly or that her warm-up act is her brother, Timothy James Bowen. It’s the fact that Timothy is even alive to share a stage with his older sister.

Timothy was initially given only weeks to live, but joined Clare on her first Australian tour last year. He is now in readmission.

“It’s been wonderful seeing him well,” Clare said. “He was so brave and came out and performed with us on the last tour and did so well.

“I know how chemotherapy feels, and it makes you feel dreadful. He truly did the best job. He walked off stage, got on a plane and went back to Wollongong Hospital and had his very last round of chemo the day after the tour. He was such a trooper.”

Not only are Clare and her brother extremely close, Timothy also played a crucial role seven years ago in encouraging Clare to return to her first love of country music, after the 33-year-old became disillusioned.

“It’s hard to maintain your individualism as an artist when everybody is telling you to be this, to fix your teeth, to wear this, don’t say that and how to walk,” she said.

“It’s rough as an artist because your job is to bare your soul and be vulnerable at all times so you can tell stories with the greatest feeling, so you also get put up in front of everybody and not everyone says nice things.”

Timothy urged his sister to write down everything she wanted to achieve, which included recording and touring her own music. One by one that list has been ticked off.

“We found the little piece of paper and a little while ago with all those things Timothy wrote down for me and we had it framed in my house in Nashville,” Clare said. “I’ve ticked everything off except writing a children’s book.”

Clare’s big break came when she landed the role of Scarlett O’Connor in series one of Nashville in 2012. The TV show launched her US career, brought her back to music and allowed her to fulfill a childhood dream of performing at the iconic Grand Ole Opry and Bluebird Cafe.

“I feel lucky I’m not Scarlett because her life is so dramatic,” she said. “There are things that run parallel. Before I was in Nashville I’d never sang properly into a microphone before.”

Finally Clare has released her second single Little By Little – co-written by her fiance Brandon Robert Young and Grammy award-winner Amy Wadge – and a debut album will follow later this year.

Clare Bowen performs at the Civic Theatre on Monday.
– Source 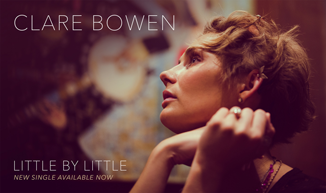 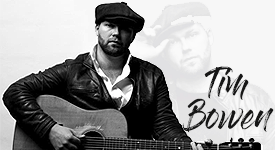