the largest and original Clare Bowen fansite
Welcome to Clare Bowen Web the largest and original fansite dedicated to the multi-talented Clare Bowen. Clare is most recognized for her role as Scarlett O'Connor on CMT's Nashville. The aim of this fansite is to be informative, respectful, and elegant in its presentation of Clare for her fans. Take a second and browse our content and visit our large photo gallery with over 40,000 pictures of the beautiful and talented Clare Bowen. In honor of Clare's debut album and first solo tour the fansite features a scrapbook-esque theme. I am so proud of Clare and so excited to see what the future brings for her (and Brandon, and Tim!). - J
No comments
Article, Nashville

Press: Clare Bowen and Cast Are Pumped to Take ‘Nashville’ Across the Pond

If they can’t bring you to Nashville, they’ll be bringing Nashville to you.

The cast of ABC’s Nashville is embarking on an international tour, taking them overseas to the UK and Ireland for a week in June. Cast members Clare Bowen, Chris Carmack, Chip Esten and Sam Palladio will bring their songs from the series as well as their own personal music to each show.

Since Music City is quite the distance from any of the cities they’re stopping at, the cast thought it would be a treat to play for their fans in other parts of the world who don’t always have the opportunity to travel to a local performance.

“The coolest thing about that is that not everybody has time to come to the city of Nashville to see us perform live, and we do get around here a little bit,” said Bowen. “It’s limited because of our shooting schedule, so this is the time when we’re free to go to the fans. When we like bringing the music to the people who matter to us.”

The tour is strictly appreciation for the Nashville fans who keep up with the show abroad and Bowen wants them to know how much the cast truly cares about the upcoming tour for them.

“We have a wonderful fan base and they’re so… What is it people say, that Country music fans are the most loyal in the world? I truly, truly believe it, and so to go out there and be welcomed like that, into other cities, it’s such a privilege. It’s so flattering. I just love it and I can’t wait.”

Nashville is currently in the midst of its fourth season with new episodes airing Wednesdays at 10/9c on ABC.
– Source

Press: ‘Nashville’ Stars Charles Esten and Clare Bowen On Taking The Show On The Road 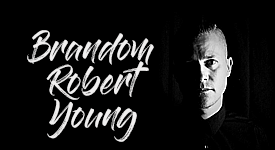